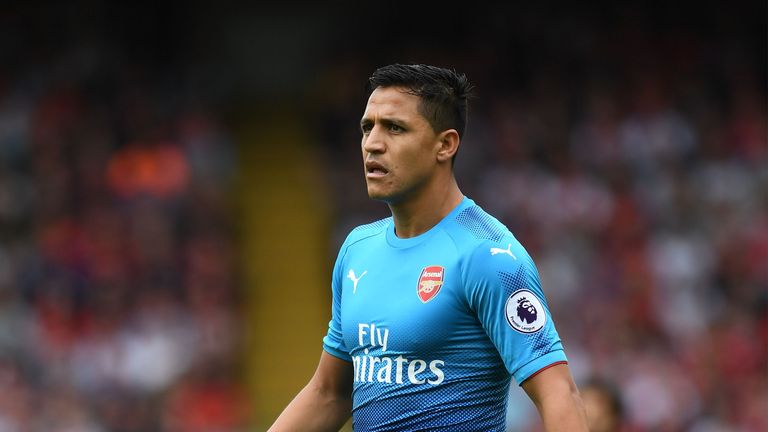 Coach Pep Guardiola is keen on landing the former Barcelona player as he is confident that he would boost the City attacking prowess. The 28-year old still has up to three years at top level and he could help City win titles before he tires out. If Sanchez arrives at the Etihad, Raheem Sterling would be on his way out of the crowded City attack line. END_OF_DOCUMENT_TOKEN_TO_BE_REPLACED

Kante is arguably the best buy in the Premier League this season after Chelsea snapped him up from the league winning side of Leicester City last summer. He has been spectacular in the role and he is on course for a double as Chelsea are favourites to lift the Premier League and the FA Cup. END_OF_DOCUMENT_TOKEN_TO_BE_REPLACED Wenger who is aware of the busy premier league fixtures at this period of the season is looking to manage collateral damages by keeping all his players fit in other to mount a title challenge in January. This news would no doubt bring some relief to the Arsenal boss who harbors the fear that Sanchez could be injured should he be selected in the Chilean squad for the January’s china cup competition. END_OF_DOCUMENT_TOKEN_TO_BE_REPLACED

That’s why, Koeman has set a rule for the Southampton players that when all of them are together, they will have to stay away from their electronic gadgets, their cell phones, laptops or whatever and instead, have a conversation among themselves to try and understand each other better and catch each other’s hints while playing alongside. END_OF_DOCUMENT_TOKEN_TO_BE_REPLACED

The game turned out to be one of the worst nightmares for Shawcross after he witnessed a masterclass from the big Swede. There was a major warning sign after the striker has scored the opening goal of the 20th minute. The real fireworks, though, came just after Shawcross was introduced. The striker scored an impressive hat-trick in the space of 15 minutes to win the match 4-2. The hat-trick included one of the wonder goals in the history of the game. Even though Ibrahimovic remains as one of the greatest strikers in the last few decades, Shawcross has not been forgiven for his part in the defeat. END_OF_DOCUMENT_TOKEN_TO_BE_REPLACED

Speaking to the press post a crushing Everton defeat, Carver said, “I think north has the most knowledgeable fans, be it our fans or the fans of Everton. They know what the team is going through and that’s why, they have been very patient till now. I hope they show the same kind of patience in future as well because things would not change in the blink of an eye. There is no magician here. This is Football. We are trying our best.” END_OF_DOCUMENT_TOKEN_TO_BE_REPLACED