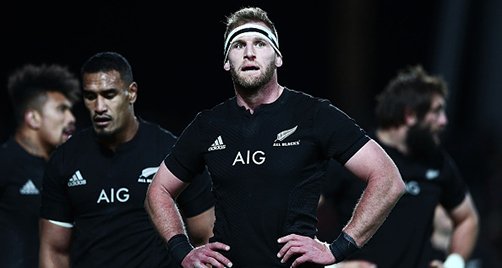 Sam Whitelock will lead the All Blacks for the first time after Kieran Read succumbed to a troublesome hip flexor issue that has plagued him for the past two weeks. In other news, Rieko Ioane has made a surprise recovery.

Kieran Read picked up the knock against France in Paris, leaving the field early in the second half and battling since. He pushed through the pain barrier last week in Edinburgh, but this week has proved a step too far. Read struggled to walk earlier this week, and was worryingly absent from training altogether. The issue has now spread to his back with Read confined to bed after inflaming it further bending over today.

“He’s in his bed so I’m assuming he’s flat and not very mobile at the moment,” All Blacks coach Steve Hansen said.

Losing Read’s experience, after 12 straight tests and 109 in total, is a blow to a team now stripped of seven genuine starters, many of them senior figures. They have turned what should have been relatively straightforward Autumn Internationals into really competitive matches, which perhaps has fuelled further injuries.

Without Read, Welsh fans may dare to dream of a first victory over the All Blacks since 1953. Kieran Read is the captain of the All Blacks, New Zealand’s national rugby union team. He also plays for the Crusaders in the Super Rugby competition. He was the IRB Player of the Year in 2013 and a key member of 2011 and 2015 Rugby World Cup winning teams, becoming one of only 20 dual Rugby World Cup winners.

Read played his childhood rugby in the small town of Drury in the Counties Manukau region, just south of Auckland. He was a talented cricketer, representing Northern District age-group teams and being selected for the New Zealand Under-17 tournament side in 2002.